By Taylor McKelvey Thiel College hired Julie Neish, D.M.A. as the new director of choral activities and assistance professor of music this summer. Neish said that before accepting this position at Thiel College, she was finishing up her doctoral degree, in Phoenix, Arizona. While studying at the University of […]

Students Going to Nicaragua This Spring

By Taylor McKelvey Professor David Buck is leading Thiel students on a service trip to Nicaragua this March. This trip will be from Mar. 3 through Mar. 11 and will be focused on service and working in Mangua and La Paz, Nicaragua. This trip’s vision of service is the […]

By Brian L. Brink Fardosa Hassan, a Muslim Chaplin from Augsburg University, spoke at Thiel College about the history and culture of Islam on Wednesday, Sept. 27. As-Salaam Alay-Kum, which translates to peace be upon you, was taught to the audience by Hassan. The response being, Wa Alay-Kum […]

By Jessica Scarmack The last part of a several-day visit, for Thiel College’s Interfaith Series, by Fardosa Hassan, the Muslim chaplain at Augsburg College, was an informal retreat on Sunday, Sept. 30. During the fsession’s first part, participants explored the meaning of their name by thinking about who […]

Thiel Cancels Practices Through October 1 Because of Illness

By Jessica Scarmack The recent illnesses around campus caused all athletic practices and events on campus to be cancelled through Sunday, Oct. 1. The weight room was also closed due to the high levels of physical contact and perspiration associated with those activities. Football coach Daniel Blume said […]

By Camille Radford September 29, 2017- Over the past few days there has been a health scare throughout Thiel College that has affected dozens of students. On the night of Tuesday, Sept. 26, many students began experiencing bouts of vomiting and diarrhea. This caused several to go to […]

Anyone is more than welcome to email us with appropriate opinions involving Thiel College. 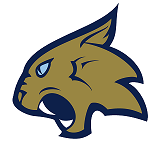