By Josie Barton Facebook has become a large contributor to political polarization, the spread of fake news, and the outcome of elections. The algorithm of the app manipulates people by the content it regulates and spreads across users. Professor of Mathematics and Computer Science, Professor Richins, explains that […]

By Josie Barton Democrats urge President Joe Biden to cancel up to $50,000 in student loan debt per loan borrower. Biden communicated that he is more comfortable with a $10,000 forgiveness amount per borrower. Top democrats in the push of the executive action include Elizabeth Warren, Chuck Schumer, […]

At vaccine rollout hearing, Longietti calls on state to do better

By Cassie Stolz During his campaign, Biden has pledged to sign a series of climate-related executive orders, including a ban on fossil fuel extraction on public land. His climate goals have been described as the most intricate of any U.S presidential candidate in history. Even more so than […] 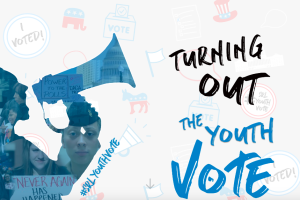 By: Samantha Walker 2020 has been a year of history-making records and events on every level and platform. Between COVID-19, political tension, and the rise in awareness on topics like police brutality and abortion rights, this is a year of molding and challenging the future. The 2020 Presidential […]

By Josie Barton The first Vice Presidential debate of 2020 occurred on Wednesday, October 7th. Attendees included current Vice President, Mike Pence and Biden running mate, Kamala Harris. Part one of this article will cover the first four topics discussed in the debate: The Coronavirus, the role of […]

By Josie Barton Part one of this Article covered debate on the Coronavirus, the economy, and the Supreme Court. Part two will cover more of the most important topics of modern America: race and violence, financial and political records, and the integrity of the coming election. Race and […]

Will also include boardwalk construction, observation decks, pedestrian walkways HERMITAGE, Oct. 1 – A $103,200 grant from the state Department of Conservation and Natural Resources will help restore the Buhl Park’s wetlands and fund other improvements to the park, state Rep. Mark Longietti announced today.  Longietti, D-Mercer, said the […]

The Legacy of Ruth Bader Ginsburg

By Samantha Walker A wave of grief rippled throughout the United States with the news of Ruth Bader Ginsburg’s death this past Friday. Vigils and moments of silence are being held at courthouses across America throughout the week as citizens mourn. Ginsburg was Associate Justice of the Supreme […]

By Quinn Ursprung New York Sept. 17, 2019—The Empire State is planning to become the second state, after Michigan, to ban the sale of flavored e-cigarettes. The decision became a pressing-matter after seven deaths from a vaping-related lung illness, as of September 2019. “The nation’s leading health agency […]