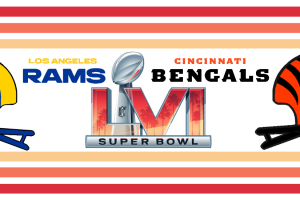 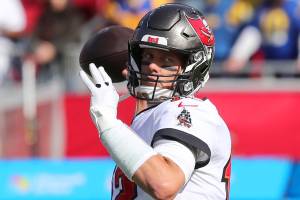 By: Jacob Walsh This past weekend news broke that Tampa Bay Buccaneers quarterback Tom Brady is heavily rumored to be retiring from the NFL. This comes as a shock because the quarterback has expressed his interest in competing well into his late 40’s. The 44-year-old Brady is well […]

By: Devin Weisbarth February 6, 2021 the Tampa Bay Buccaneers beat the defending Super Bowl Champion Kansas City Chiefs by a score of 31-9. The game was played in Tampa Bay, though the Buccaneers were considered the visiting team. Tom Brady, widely regarded as the greatest football player […]

Pittsburgh Steelers Off to the Best Start in 40 Seasons

By John Robbins Four games into their 2020 season, the Pittsburgh Steelers have started off undefeated for the first time in forty seasons. The last two times this happened, the Steelers won the Super Bowl in 1978 and again in 1979. This year Pittsburgh is led by the […]

The NFL and COVID-19

By: John Robbins During the weekend of October 3rd, almost three NFL games were affected by the Coronavirus. The first game affected was the Tennessee Titans against the Pittsburgh Steelers. Twenty players and staff members from Tennessee tested positive for COVID-19, leading to the postponement of the Steelers […]

By John Robbins Big Ten Headquarters, Rosemont, Illinois – The Big Ten Conference voted to start playing football on the 23rd and 24th of October. On August 11th, the Big Ten schools’ presidents voted to cancel all fall sports, including football, with the hope of playing the season […]

THE NFL IS BACK!!

By Austin Balaschak Thursday September 10th, 2020 at 8:30 p.m., what seemed impossible merely two months ago has now kicked off! I am referring to the NFL season. In the season opener, it was the defending Super Bowl champions the Kansas City Chiefs pitted against the Houston Texans. […]