By: Isaiah Gorman Epic Games is a company that makes video games and develops software, they have made games like Fortnite and software like unreal engine. In March of 2022, Epic Games put of the patch notes for Fortnite and just announced their acquisition of Bandcamp. Bandcamp is […]

By: Hannah Stoughton March 4th, 2022: Russia attacked and gained control over a nuclear power plant in Ukraine in an overnight attack on March 3rd. After an attack on the largest European power plant, the whole world was in fear of another nuclear fallout in Ukraine. During the […]

Games Coming Out This Month: March

By: Isaiah Gorman Next month like every month there are multiple games coming out, this month is March. First up is Elex II, Elex II is the second game to Elex, and it is an open-world role-playing game that is set in an older world. Elex II comes […]

By: Virginia Riddle On Monday, February 21, Thiel opened its campus to admitted students and their parents with an event called “Tomcat Day”. The students came from a variety of different high schools. Some already accepted Thiel as their college of choice and were experiencing a day in […]

By: Jacob Walsh Men’s Basketball Thiel’s men’s basketball team finished out their season in heartbreaking fashion, falling to Westminster in the Presidents’ Athletic Conference (PAC) tournament quarterfinals. Thiel dominated most of the first half and led at halftime 39-25. In the second half, Thiel held their ground while […]

By: Virginia Riddle $725 million has been budgeted for nearly half the country to clean up abandoned mine lands (AML). Pennsylvania is receiving the largest chunk of these funds, at $245 million. These efforts are projected to not only help with America’s pollution issue but are also expected […]

Can Israelian Computer Engineers Create a Zero-Click Surveillance Tool and Have Good Ethics?

By: Adam Button Cybersecurity is being tested. With the world becoming more technological by the hour and smartphones in the hands of 97% of Americans today. Protecting yourself from cyber threats has become very prevalent. The question is what are the threats out there? Before we get to […] 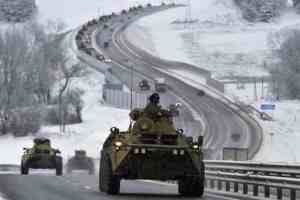 What to Know About the Russia-NATO Tensions

By: Hannah Stoughton Feb. 18th, 2022: After weeks of a deadlock between Russia and Western nations, tensions have been rising with threats of a Russian invasion into Ukraine. In recent weeks, Russia has been a threatening force over Ukraine and the North Atlantic Treaty Organization (NATO). After Ukraine […]

Join us for Countdown to Graduation: Class of 2022!

5:30-7:00 p.m. on Monday, February 28 in the Lutheran Heritage Room, Howard Miller Student Center Every year, Thiel College holds an event for its upcoming graduates to recognize their hard work throughout the years. This celebration gives students the opportunity to socialize and enjoy dinner with their peers […] 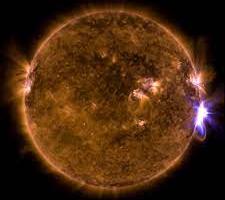 By: Virginia Riddle NASA has announced that the missions Multi-slit Solar Explorer (MUSE) and HelioSwarm will be further developed as an attempt to better understand the relationship between the Sun and the Earth. The mission should also provide insight into the Sun’s dynamics and the ever-changing environment of […]